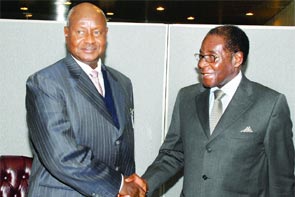 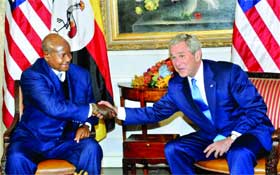 But besides the lolpresident potential of those pictures, why should we discuss this matter at all, especially so long after the heinous and embarrassing acts were committed?

Because UPYM didn’t only meet creepy despots and doughy warmongers. He also went to, of all places, Iceland.

How about that? Iceland. If he isn’t the first Ugandan ever to set foot there…

And that is the part of his trip that is going to affect the price of bread.

There is a whole section of its wikipedia entry dedicated to extolling the magnificence of Iceland’s economy, but I am in a mood today. I don’t want to actually give accurate and considered assessments of things. I took a little glance and after five seconds drew up this profile of Iceland’s economic history. In brief, until sometime in the last century, Iceland was one of the poorest countries in Europe. After all, it was Iceland. It had no natural resources and hardly any people either. Iceland has a population of 320,000 people.

A major contributor to the wondrous and highly-developed Icelandic economy is fish. 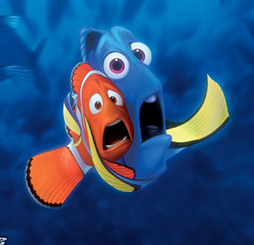 Therein lies our lesson. Museveni cannot have failed to see the lightbulbs that would suddenly blaze above his shiny dome when he encountered this nation and learnt its history.

That is how you develop, he must have said. He must have turned to Odit and said, “You. Thingy, write this down!”

And proceeded to dictate a groundbreaking plan for development. “The formula is simple: Less people. More fish!”

And that is what is going to inform Museveni’s economic policy for his next term in power. Less People, More Fish. He will make you chant it like sheep.

He will seek to radically truncate Uganda’s galloping population growth rate and, since going into one’s fourth term one no longer required to keep up the pretence of democracy, he will conscript all able-bodied men into mining Victoria, Albert, Edward, George and the other English monarchs by force. They will be sent off, like, to fishing work camps. With no women.

If you put a lot of energetic young men together and deny them women, they may start to bugger one another, and if “Dr” Nsaba Buturo is right and homosexual lovin’ is soooo good that once a  man tries it he becomes instantly and eternally addicted, we can be doubly confident that the population growth rate will be curbed.

That’s some analysis for you.  Now let me take this shitload of money to Salina.